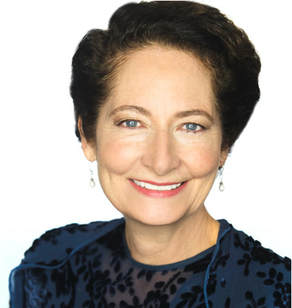 Dianna Burdick ~ Soprano
​​
Ms. Burdick is a lyric soprano residing in Ventura, CA.  A co-founder of Ventura County’s own Opera by the Glass (OBTG), she sang the role of Lisa in their 2016 debut performance of The Sleepwalker, by V. Bellini at Women’s Thursday Club of Somis. In fall of 2017, Ms. Burdick voiced the role of rival-to-Queen Anne, Giovanna – Jane - Seymour, in OBTG’s performance of Donizetti’s Anna Bolena, so generously sponsored by and at Museum of Ventura County.

A specialist in sacred music, Dianna is a recurring soloist with the Chancel Choir at Ventura’s First United Methodist Church, and at Camarillo’s First Church of Christ, Scientist.  She was a featured soloist with Channel Islands Chamber Orchestra’s in John Ritter’s “Requiem”, and Ralph Vaughn Williams’ “Dona nobis pacem”, and appeared in their 2016 “Night at the Opera”, conductor KuanFen Liu.

Ms. Burdick is also a member of the Channel Islands Choral Association or CICA.  Ms. Burdick earned a B.A. in Theatre Arts from the University of Washington. A grateful voice student with Linda Ottsen, Dianna, would also like to thank her husband, Bob, and boys, Nicholas, and Marcus, for all their loving kindness and support.